One dead as Nkoranza youth clash with Police

At least one person had died with five others on admission following a clash between youth of Nkoranza and Police on Tuesday.

The youth who were protesting the death of  28-year-old trader, Alber Akwasi Donkor reportedly attacked some officers before setting inmates free.

A police statement said the Police responded to the attack with the right amount of force with support from the regional Police command.

Two persons have so far been arrested.

You’ll be held accountable for extrajudicial killing – Dery to Police 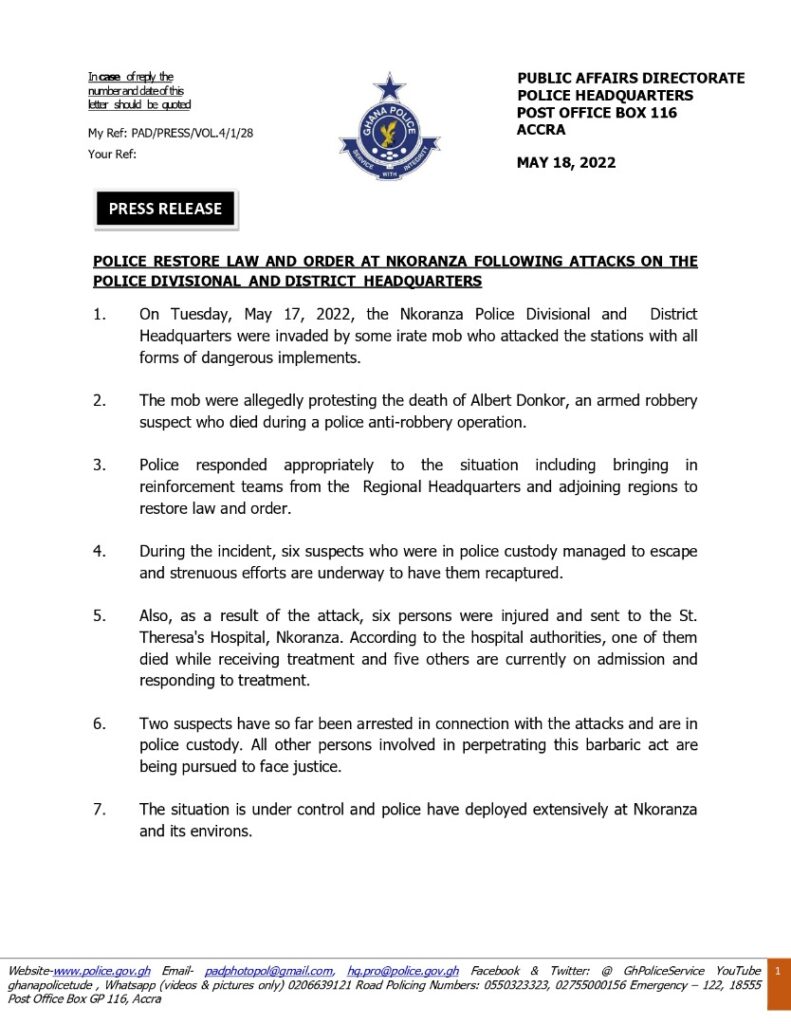 Regional lectures to commemorate the 10th anniversary of President Mills

You’ll be held accountable for extrajudicial killing – Dery to Police

No comments to show.
No Result
View All Result

Copyright © 2021 The Herald. All Rights Reserved