According to the three, the allegations, if proven to be true, would amount to “human rights abuse, abuse of office, exposing the security of Ghana to external threat…” as well as “…dragging the name of the high office of President into disrepute”.

The three, in their petition, they took inspiration from Article 41 (a), (b) and (f) of the 1992 Constitution of Ghana to uphold and defend the Constitution.

They further stated they believe the allegations levelled against the President established sufficient grounds for the invocation of Article 69(1) of the Constitution, 1992.

Ms. Evelyn Aidoo (Serwaa Broni) alleged among other things that she had an affair with the President. 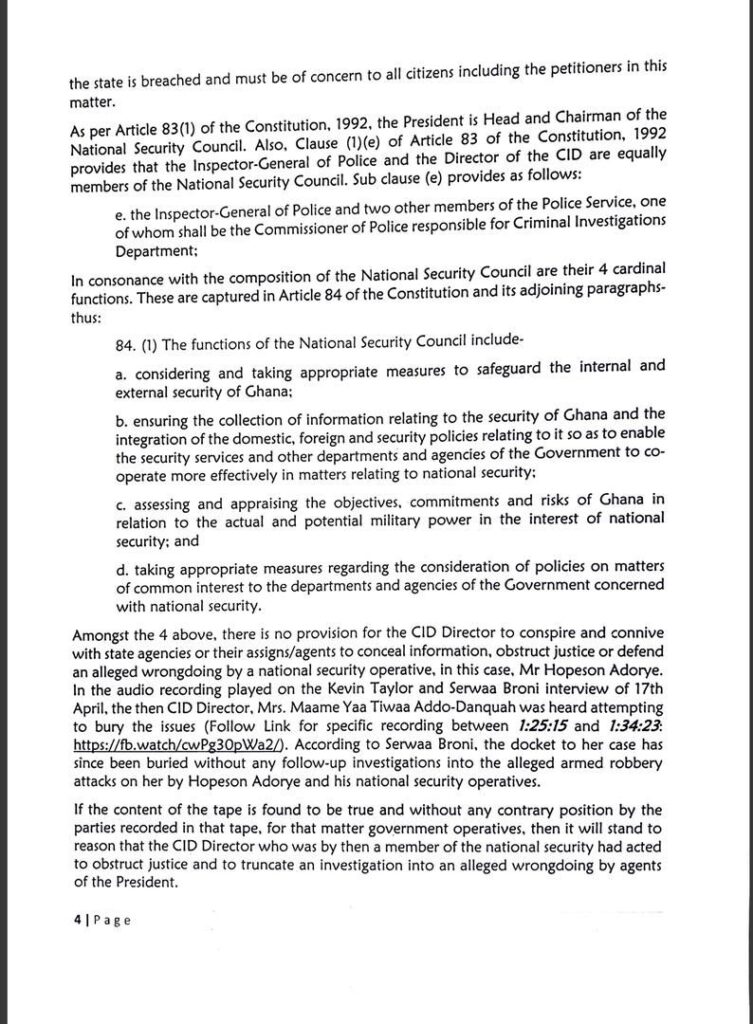 Okoe Boye finally gets something from Akufo-Addo

No comments to show.
No Result
View All Result

Copyright © 2021 The Herald. All Rights Reserved