No Result
View All Result

The Offinso Circuit Court has convicted a Nigerian citizen, Justin Jeff Manu for falsely representing himself as a Ghanaian in order to acquire a Ghana Card contrary to the law.

“In the course of the interview, the Assistant Registration Officer at the Offinso South District of the NIA noticed some discrepancies in Justin Jeff Manu’s answers and suspected he was not a Ghanaian. Upon further interrogation at the NIA District Office, Justin admitted that he was not a Ghanaian,” Mr. Abdul-Ganiyu narrated.

Attached is the full statement 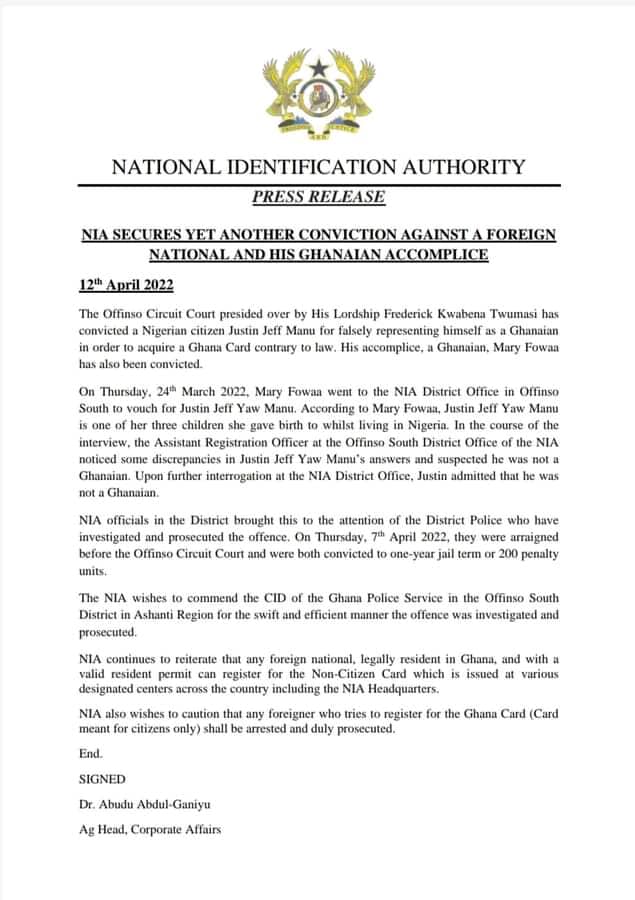 NLA to thrill Kwahu revelers with live draw at Obomeng

No Result
View All Result